The world’s largest Helixchanger with the double-helical baffles at 35deg inclination, was made for RIL, Hazira in June 2004. Tema India Ltd. supplied this equipment with a lot of fanfare and media coverage. As this was the first of its kind, it generated a lot of interest. Senior people from the Oil & Gas sector visited our factory to witness the construction while it was underway.

The helix changer underperformed by about 10%. Our final payment was held up. The licensor ABB Lummus was questioned. They had no answer as we had designed and constructed it as per their specifications. We sent our internal inspection reports for analysis. When their report came, identifying some minor deviations, we immediately addressed the issue. I studied the thermal design and noticed something that had been overlooked in their specifications.

Through baffle leakage and bundle bypass correction factors were the same as in a standard shell and tube exchanger. This, I thought, was not correct. It may not matter much in a baffle tilt of 5deg.-10deg. and smaller diameter exchangers. But a 35deg. Helixchanger with a large diameter was a different matter altogether. The tubes being round, but the holes in the baffles drilled elliptical, the added clearance was unavoidable. More so when multiplied by the number of tubes (5000+). The inclined baffles had a bigger circumference, resulting in a higher clearance between the baffles and the shell. Therefore, the through baffle leakage and bundle bypass correction factors had to be revised.

This was a major revelation. I presented the facts to the client but received no response. I met them at their offices in New Jersey and later at The Hague along with Akhil Sippy. They were polite and but they did not pay heed to our feedback. It was quite apparent that after Bash Master – the engineering whiz – left the organisation, no one in the company understood their own technology. However, in our thermal design, right through, we have used more realistic correction factors. These are based on a few experiments conducted on a prototype. The designs have always come back with the company stamp and the remark Noted.

Furthermore, we have adopted stringent standards for shell fabrication and baffle drilling. Our tolerance levels are a fit closer than those recommended by TEMA-R.

This took us some time to master; especially the drilling of the baffles holes. Accuracies could not be obtained by fixing the baffles inclined on a vertical driller, as is the usual practice. We opted for a horizontal drilling machine where baffles are fixed on the flat surface and the tool post can gyrate by 45deg. This machine called Premack has been especially designed for this purpose. We have made 142 helix changers, all working at 100% efficiency.

We learnt from the fiasco that it being a close design, the over-design factor provided was very low. The very purpose of going for a helix changer in this case was to reduce the size and weight, as the structure on which the original (standard) was founded was weak, making pulling out the heavy bundle a risky proposition. The helix design reduced the weight by 30%. With no experience in this area, Lummus were initially reluctant; they relented only after we guaranteed the performance.

RIL paid us within three months as the efficiency rose from -10% to +5% in a fortnight. How did that happen? The shell side service was dirty; the muck filled the gaps and the leakage stopped. We were plain lucky. The incident led us to believe that Lummus-designed Helixchangers providing good service are either over-designed or have few tubes with small diameters and baffle inclinations. 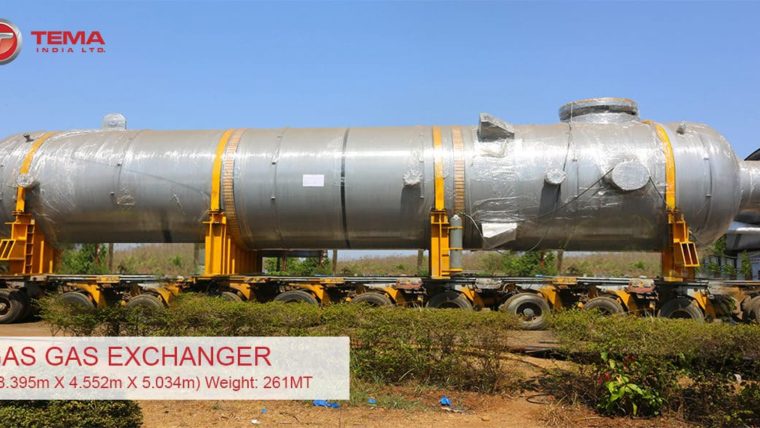 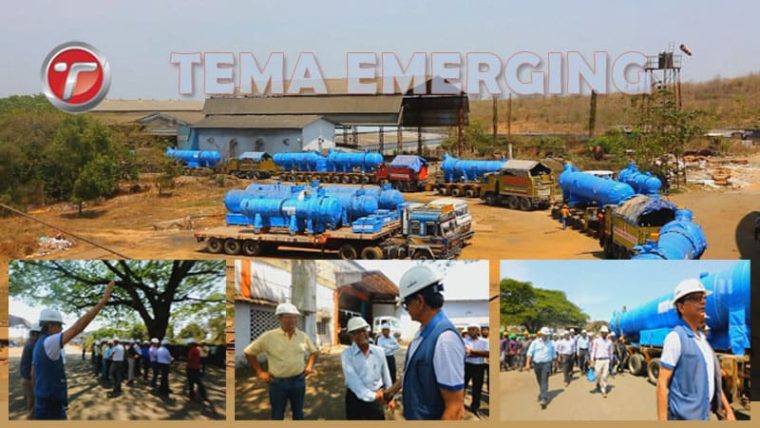 TEMA Emerging – THE POWER OF VISION